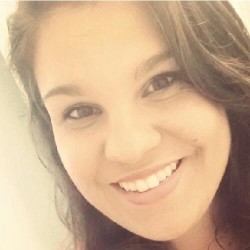 Probably my favorite dystopian from 2014 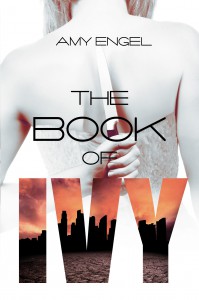 I present the Dystopian Guidelines:

The world as we know it has fallen.
A few people came together and created a small congregation of a town.
These people are segregated by something.
There is usually some form of secretly corrupt government.
One person is chosen to take down this new government.
Chaos ensues.
Throw in a star crossed romance.
And so the story goes…

Don’t get me wrong, I don’t hate any of that. Dystopians are my favorite world to get lost in. I don’t mind reading the same thing played out over and over in different words.

That is, until I see that it can be done differently. And then I love this genre a little more.

Entering from out of left field, The Book of Ivy. It follows the checklist mentioned above, but there’s a twist.

We’re right there with Ivy when she starts to realize who and who not to trust. We see the wheels turning and the clues reveal themselves.

Ivy is a brave, strong-willed girl. Married off to the president’s son at only 16 years of age, and she ain’t too thrilled about it.

She has strong political views. Some that her father drilled into her head, others that she came up with on her own free will.
Basically, she’s an assassin. Getting revenge for something that happened when she was a baby. Her family using her as the weapon. (I hated her family instantly, btw).

This book is loaded with politics. (I work in a courthouse for 8 hours a day so I pretty much got the gist of everything going on). But I hate politics. I hate elections. I hate dealing with campaigns at work. I hate slander and sleazy candidates.

And much like The Book of Ivy, I hate politics based on winning just to “get back” at another person.

Sweet Bishop. My goodness, he was adorable. He’s one half of that star-crossed romance I mentioned earlier. It’s very Romeo and Juliet like, without the terrible Shakespeare ending.

Ivy and Bishop are a hell of a lot smarter than that.

If you’re looking for a roller coaster ride of emotions. Of twists and turns. Look no further.

I need the next chapter in Ivy’s book, pronto.

(WOW! Just realized I devoured this 400 page book in 4 days. Now if that doesn't tell you how good it is, I don't know what type of proof you need).